Plants rely on a complex metabolism fine-tuned through interconnected feedback loops and characterized by balanced investments of resources into growth and defense. Brassica crops and the closely related model plant Arabidopsis allocate carbon, nitrogen, and sulfur to synthesize glucosinolates as their key defensive metabolites.

Glucosinolates are inert and non-toxic compounds, but their activation by myrosinases upon tissue disruption releases an unstable intermediate, which can rearrange into chemically different, biologically active breakdown products depending on the side-chain chemistry and the plant genotype. 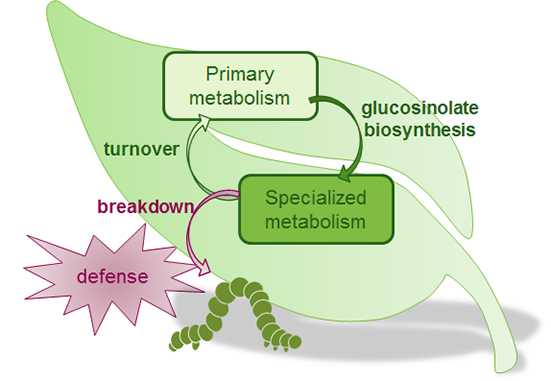