The paper was selected as cover story of Molecular Plant, Nov. 2019

Plants move photoassimilates long distance from source to sink along the vasculature and this nutrient-rich highway needs to be protected from attack by predators and pathogens. In the stem of the model plant Arabidopsis thaliana, sulfur-rich cells (S-cells) accumulate >100 mM of the glucosinolate defense compounds. The S-cells are biosynthetically inactive and it has remained a puzzle how the glucosinolates is transported to the S-cell.

Using single-cell sampling, scanning electron microscopy with X-ray analysis (SEM-EDX) as well as micro-grafting, Assistant Professor Deyang Xu together with others scientists from DynaMo Center and collaborators have showed that the accumulation of glucosinolates depends on multiple routes ranging from the presence of glucosinolate importers (the GTRs), the position of S-cells in the stem and the class of glucosinolates.

Based on their data, they propose a model for transport routes from site of synthesis to storage in the S-cell. The routes are either directly from biosynthetic cell via plasmodesmata or via GTR-mediated import from apoplast into a symplasm domain wherein the S-cells are the ultimate sink.

Moreover, they show that localization of high-turgor cells enriched with defense compounds in phloem cap is not restricted to brassicaceous plants as they identified similar cells enriched with defense compounds in Lotus japonicas. Thus, this may be a general mechanism for plants to chemically protect the nutrient-rich highways – in this case the phloem sap - against herbivores. 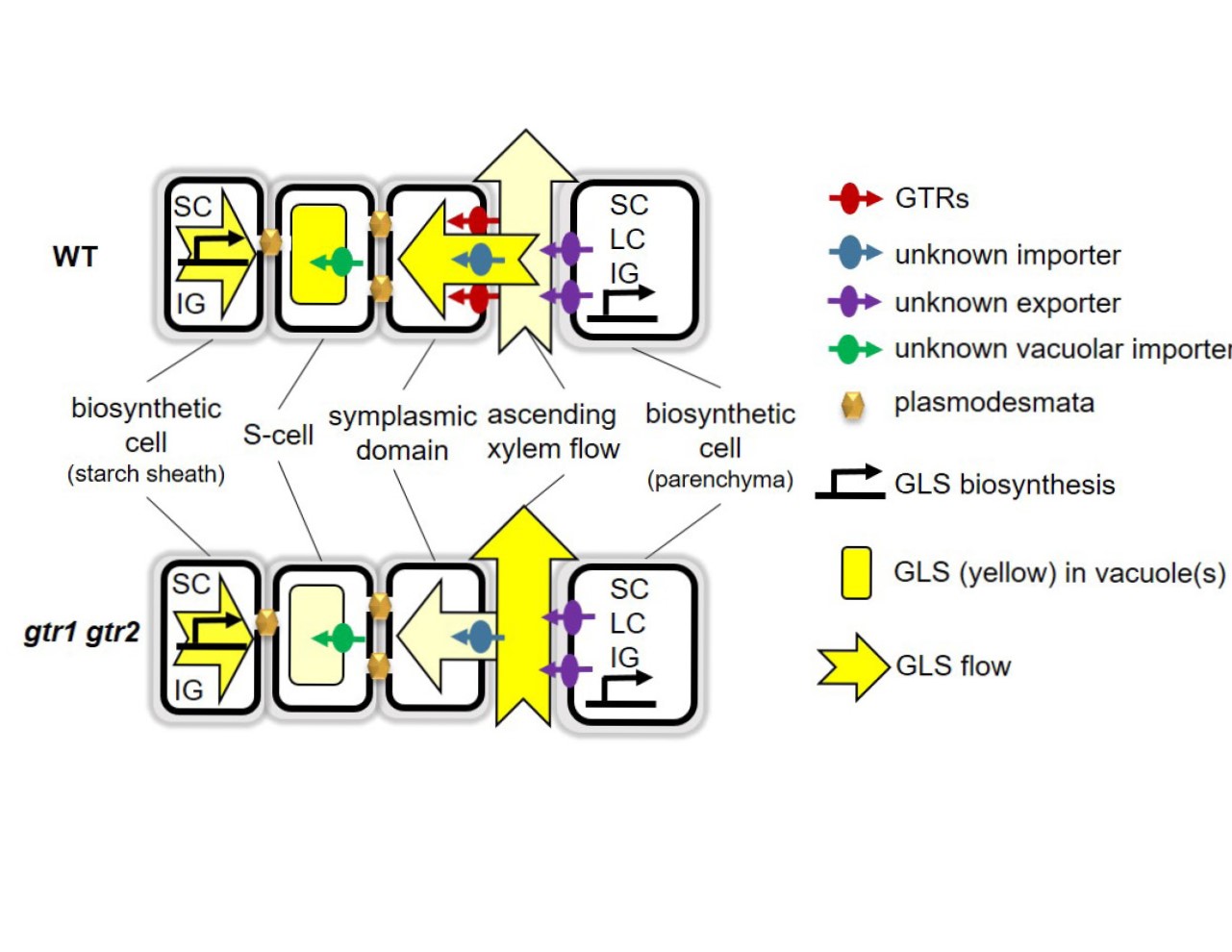