University of Copenhagen and the global player Bayer CropScience have successfully developed a new oilseed crop that is much more resistant to heat, drought and diseases than oilseed rape. The breakthrough is so big that it will feature as cover story of the April issue of Nature Biotechnology, the most prestigious journal for biotechnology research. 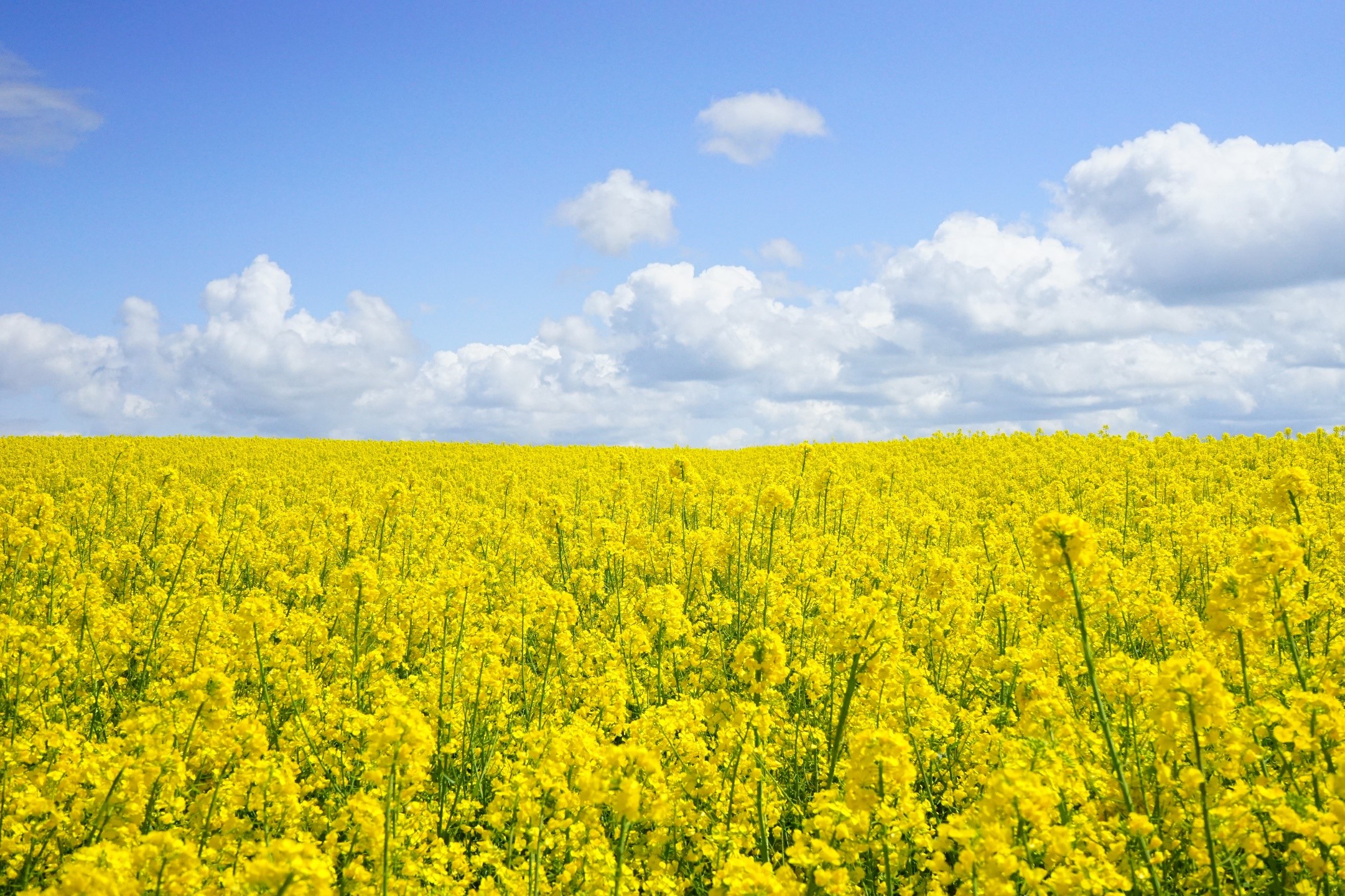 Should the global warming continue, a golden rape field under the summer sun may soon become but a distant memory. Researchers have now developed a mustard crop with all the good properties of rape, but which, in addition, also is resistant to drought and heat.

A blooming yellow rape field marks the beginning of summer in Northern Europe. However, if global warming continues, the beautiful view of golden fields under a blue summer sky may soon become but a nostalgic memory. However, there is hope within sight in the form of a new robust oilseed crop that looks like rape but can withstand the climate changes.

Professor Barbara Ann Halkier, Head of DynaMo Center of Excellence, University of Copenhagen, is one of the scientists who has worked on developing a new oilseed crop with better properties.  She explains:

”Oilseed rape does not grow very well in warm and dry areas. We are very happy that we have succeeded in using a groundbreaking technology on a mustard plant, which is a close relative to rape. The result is an oilseed crop with improved agronomic traits that is tolerant to global warming. The new crop will enable cultivation in areas that today is not suitable for oilseed crops, such as the Western part of Canada, parts of Eastern Europe, Australia and India”.

The mustard plant is similar to oilseed rape in many ways. It looks like a rape plant and its oil has the same attractive features with high content of mono- and polyunsaturated fatty acids e.g. omega-3 and -6 plus antioxidants and vitamins. However, it is also a lot more robust when grown under arid conditions and upon exposure to diseases. Mustard is therefore an obvious candidate to replace oilseed rape.

“Until now it has been an undefeatable challenge that mustard seeds are full of the bitter defense compounds that give mustard its characteristic flavor. Consequently, the protein-rich seed meal that remains after the oil is pressed out of the seeds is useless as animal feed,” explains Barbara Ann Halkier.

In close collaboration with Bayer CropScience - one of the major global players within plant biotechnology and breeding - she and other scientists from the DynaMo Center have found an original solution to this problem.

From model plant to oilseed crop

The scientists from the DynaMo Center have invented a technology that can keep the bitter defense compounds out of the seeds while maintaining them in the rest of the plant so that the plant can defend itself against herbivores and pathogens.

The Danish scientists have shown that the technology works in a model plant, while scientists from Bayer CropScience have implemented the technology in the fields and performed large field trials with the optimized mustard plants.

”The field trials have shown that we have come a long way. I guess that we are more than three quarters of the way towards a new robust oilseed crop that will be commercially attractive to the farmers. This is truly an exciting result!”

Scientists and breeders have searched for many years after an alternative to oilseed rape. Rape is one of our most important sources of vegetable oil, biodiesel and protein for animal feed. However, it is only grown in relatively cool climates e.g. at our latitudes and every year the farmers have substantial yield losses as rape is not very disease tolerant.

”In the 1970’s a Polish farmer serendipitously found a rape plant with so low levels of the bitter defense compounds that rape suddenly became an important commercial oilseed crop,” says the other first author Associate Professor Hussam H. Nour-Eldin, who is also a member of the DynaMo Center. He continues:

”Since the 70’es, farmers and scientists have attempted to generate a similar variant of the mustard plant. We are proud that we invented a technology with which we can achieve this long-term goal.”

In the coming years, the scientists from University of Copenhagen and Bayer CropScience will work towards reducing the content of bitter defense compounds in the mustard seeds even further. They expect to have a mustard plant with mustard-free seeds ready within 2-3 years. 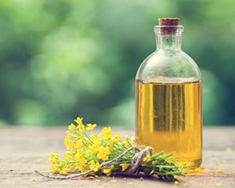 Beautiful, healthy and local. Oil from rape is gaining more and more ground in  cooking- not the least amongst our best chefs who frequently makes use of these golden drops in the so called Nordic kitchen. Oilseed rape belongs to the same family as cabbage and mustard and is one of the mustard plants, called Brassica juncea, that the scientists have successfully made equally attractive as rape, and that in addition may be cultivated where rape is grown now if the global warming continues.

The scientific publication that describes the research behind the groundbreaking discovery features as cover story in the April issue of Nature Biotechnology. The online version is already available at http://dx.doi.org/10.1038/nbt.3823.