During late summer this year Danish media brought news of a new biotechnological method that makes it possible to remove toxic substances from plant seeds. The technology which can be used to make nutritious animal feed from the residue from rapeseed production is developed by researchers from the University of Copenhagen. Today, the researchers got an attractive recognition for their efforts: The Danish science portal Videnskab.dk, in collaboration with its readers, has awarded the discovery with the prize “Best Danish Research Result 2012”. 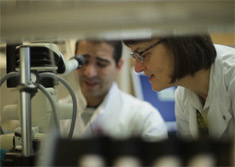 "I am indeed happy for the prize. I see it as a huge recognition of the importance of our research. It shows that people find it exciting that we have succeeded in removing toxins from plant seeds, so that agriculture can be made far more sustainable than it is today, "says Professor Barbara Halkier, Center for Dynamic Molecular Interactions (DynaMo), University of Copenhagen, about her group being awarded the prize.

Barbara Halkier heads the research group that developed the new technology. The result appeared while the group was researching how plants are able to optimize their defense. Underway, they found out that, by removing specific transport proteins from a plant, one can block for undesired compounds to reach the edible parts of the plant. Thus it was an unexpected, but valuable side effect with large societal benefits.

It is a discovery with a great practical use and it has awakened echoes and attention not only from the scientific community, but also from companies with commercial interests and among farmers. One of the world's leading biotech companies, Bayer Crop Science, has entered in partnership with the University of Copenhagen about the discovery. This is an excellent example of research and laboratory work that can be used in a wider industrial context. 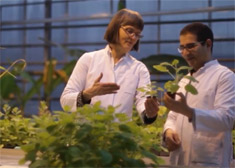 From the green house at the Department of Plant
and Environmental Sciences. Photo: Stefan Kristensen

"The fact that we have won the award shows that knowledge about biotechnology has become far more nuanced and understandable among ordinary people in society. The public, and perhaps especially the young generation, can see that plant biotechnology is about so much more, than whether one is for or against GMOs, "says Barbara Halkier enthusiastically.

Barbara Halkier adds: "I hope that the price further serves to increase people's awareness about that plant biotechnology is an important element of the solution to the global challenges facing humanity in terms of providing sufficient food, feed and energy in the future."

Since thale cress, as the first plant ever, got its genome sequenced in 2000, plant scientists have learned a vast amount about gene functions in plants. This includes awareness of how to apply this knowledge for targeted use of plants’ unique ability to perform photosynthesis and produce complex chemical compounds.

"Although my research is first and foremost driven by curiosity and by the desire to uncover new knowledge about biological processes at the molecular level in plants, I am pleased every time the results we have achieved can be used for something useful," says Barbara Halkier. 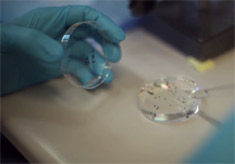 And precisely the discovery that has been named Best Danish Research Result 2012 has a huge potential for society and shows in an exemplary manner that long hauls of basic research can lead to new discoveries that are beneficial to society.

The prize ceremony for “Best Danish Research Result 2012” will take place today, Wednesday 5 December at 15-17 at the University of Southern Denmark, SDU.

In addition to the prize to the winning team from the University of Copenhagen two other candidates will receive honorable mention.

Lars Peter Nielsen from Aarhus University will be honored for having discovered bacteria that act as live electric cables on the seabed. Jeppe Seidelin Dam from the Technical University of Denmark receives honorable mention for having invented a camera that can take pictures of chemical substances and help to diagnose diseases, measure pollution and analyze food.

All from DynaMo, Department of Plant and Environmental sciences, University of Copenhagen.